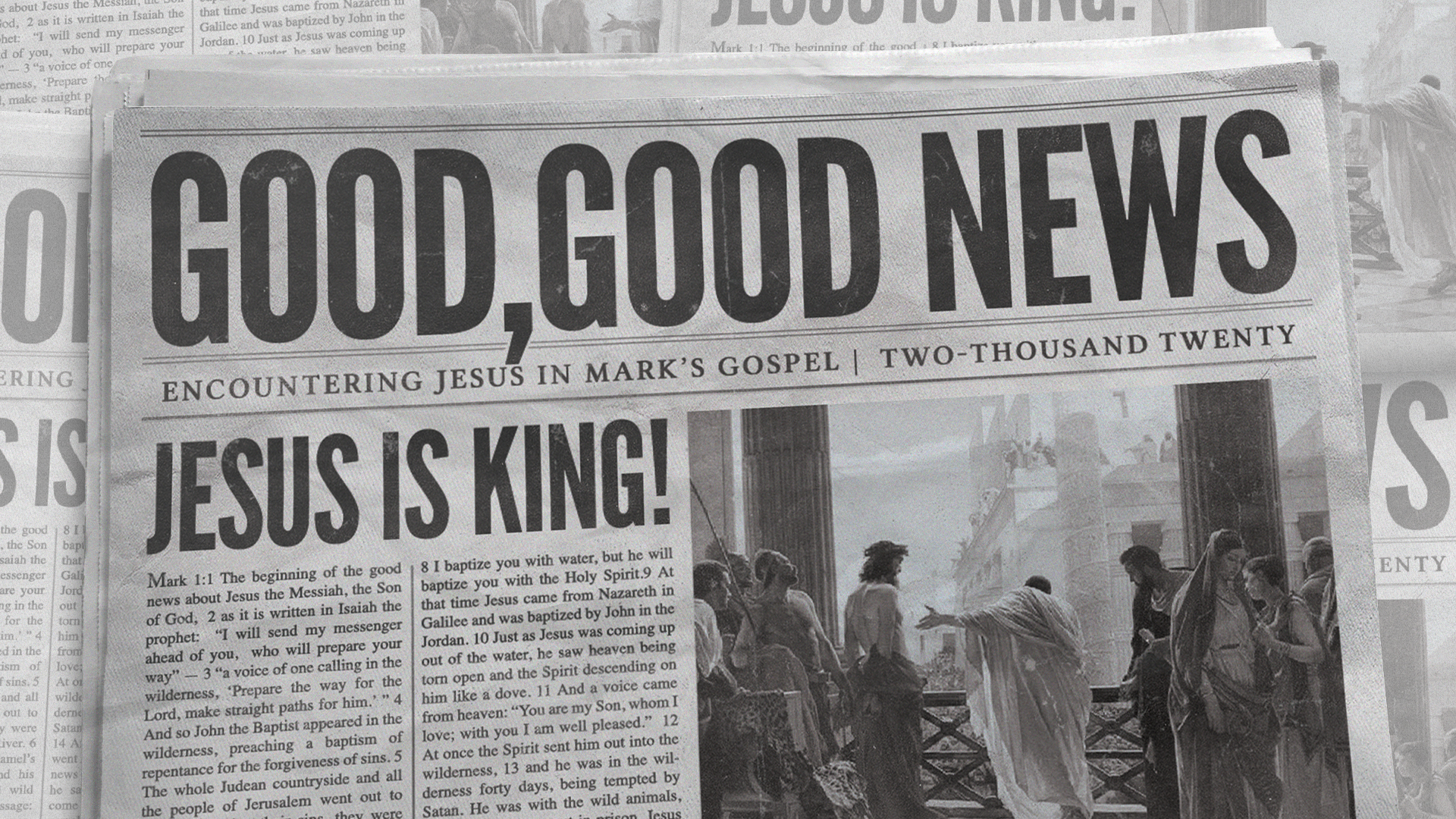 A Pattern For Stewardship
By: O'Neill Trull

Mark 8:8 In those days, when again a great crowd had gathered, and they had nothing to eat, he called his disciples to him and said to them, 2 “I have compassion on the crowd, because they have been with me now three days and have nothing to eat. 3 And if I send them away hungry to their homes, they will faint on the way. And some of them have come from far away.” 4 And his disciples answered him, “How can one feed these people with bread here in this desolate place?” 5 And he asked them, “How many loaves do you have?” They said, “Seven.” 6 And he directed the crowd to sit down on the ground. And he took the seven loaves, and having given thanks, he broke them and gave them to his disciples to set before the people; and they set them before the crowd. 7 And they had a few small fish. And having blessed them, he said that these also should be set before them. 8 And they ate and were satisfied. And they took up the broken pieces left over, seven baskets full. 9 And there were about four thousand people. And he sent them away.

The feeding of the four thousand has many wonderful lessons for us, the one I want to touch on briefly is stewardship. In this passage Jesus teaches that stewardship is not about how much we have, but rather, what we bring to Him. The disciples found 7 loaves to feed thousands. However, Jesus was not concerned with the amount, He simply took what they brought to him.

We then see Him give thanks, this is perhaps the most crucial element in stewardship. When is the last time we stopped to give thanks for the opportunity to give? Next we see Jesus breaking the bread and distributing it to His disciples. In the same way, every day Jesus entrusts resources to us, so that we can distribute to those around us. The final lesson we see in this passage is the miracle of multiplication. We give, and He makes it enough! This week, let us set in our hearts to give of our time, money, wisdom, love, joy and peace, and see what God does with it.

stewardship is not about how much we have, but rather, what we bring to Him.

Mark 7:24-30
24 And from there he arose and went away to the region of Tyre and Sidon. And he entered a house and did not want anyone to know, yet he could not be hidden. 25 But immediately a woman whose little daughter had an unclean spirit heard of him and came and fell down at his feet. 26 Now the woman was a Gentile, a Syrophoenician by birth. And she begged him to cast the demon out of her daughter. 27 And he said to her, “Let the children be fed first, for it is not right to take the children's bread and throw it to the dogs.” 28 But she answered him, “Yes, Lord; yet even the dogs under the table eat the children's crumbs.” 29 And he said to her, “For this statement you may go your way; the demon has left your daughter.” 30 And she went home and found the child lying in bed and the demon gone.

There are several fascinating events in Mark 7, but I really enjoy this particular encounter. Here we have a gentile woman, an outsider, approaching Jesus. Yet she approaches Him with more faith than most of the Jews. If anyone had barriers in coming to Jesus, it was her, yet she still pursued him.
She was able to look past the cultural, social, and racial barriers, because she saw the goodness of Jesus. But she answered him, “Yes, Lord; yet even the dogs under the table eat the children's crumbs.”  I don’t believe it was her statement that moved Jesus, as much as her faith. She knew He was a man of kindness and generosity.

we are the ultimate “insider”, because He is living in us!

Fasting is an oft neglected discipline in the church, but its history far outdates the 2000 years since Jesus left. Throughout the Old Testament we read of fasting, and in one of my favorite passages of scripture, Isaiah 58, the prophet writes of the true fast that honors God.

One of the things that stands out to me in Mark 2 is the fact that fasting in and of itself is not what moves the heart of God. The Pharisees regularly practiced fasting, but Jesus said their hearts were far from the things of God. Jesus seems to indicate here that the highest purpose of fasting is intimacy with Him, not to impress God. How often do we seek to impress God with our spirituality, rather than seeking a deeper connection?

Here are some things I’ve learned through fasting. We are very frail, even 24 hours without food is a struggle! As we fast, we are reminded of our complete reliance on Him to meet even our most basic of needs. As we fast it can remove many distractions in our lives, yes, food for most of can be a distraction form our relationship with God. Fasting, if done with a heart of humility and a desire to learn, will always reveal sin in our lives, but it will also reveal God’s grace and peace, and His desire to deliver us. Some of my greatest spiritual growth has followed a season of fasting, because in the fasting, I met with God.

As we fast, we are reminded of our complete reliance on Him to meet even our most basic of needs.